This is going to be the final Nintendo Direct featuring Super Smash Brothers WiiU/3Ds. Tune in tomorrow, December 15th at 2pm PT. to get more info on Cloud and the future of SSB.

It won’t be too much longer Nintendo fans. Xenoblade Chronicles X hits the WiiU this Friday, December 4th.

The game has been out in Japan since April, but early reviews for the western release have already hit and it is sitting at a solid score of 85 on Metacritic. Aside from some of X’s reported complexity, reviewers seem to be pretty pleased with the game. If you weren’t already hyped enough, take a look at the launch trailer below.

Back in September, Shigeru Miyamoto posted on Faceboook that development was going well, but “we want players to experience in the game by using two screens, and further polishing the level designs and perfecting the tone of the cut scenes.”

The Japanese website recently posted a couple of videos and they look fantastic. The visuals look a lot better compared to what we saw from E3 this year. I’m definitely more excited to play this game now. Check out the videos below.

I can’t believe it! Well, I actually can because I just watched the trailer, but it’s still just to good to be true!

You read the title right! Yes, that Cloud. The Buster Sword wielding bad ass from Squarsoft’s (yea, Squaresoft) hit game, Final Fantasy 7, is coming to Super Smash Brothers WiiU/3DS. Take a look at the trailer below.

There is no word on when he will be arriving just yet, but it’s so exciting!

I will be playing some Rocket League. This game is ridiculously fun and can be played for hours. I actually played until 3:30 last night with some friends. I kind of regret that right now. I will also be playing Heroes of the Storm as well as some Ultra Street Fighter, and checking out some of the new Smash Bro’s 4 updates. Some streaming will also be happening to be sure to follow my Twitch Channel to know when I go live.

That’s enough about me, what about you? What are you playing this weekend?

Update: I’m switching over to play some Heroes of the Storm for the last 30 minutes of the hour. Come watch! 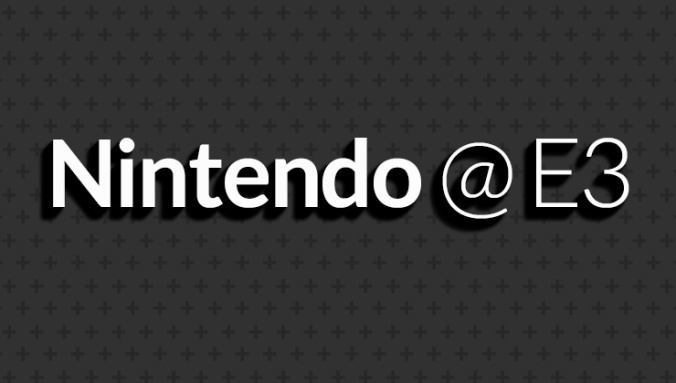 Keiji Inafune’s long awaited, spiritual successor to the Mega Man series will be released September 15th. If you pre-order, you get the “Retro Hero” DLC that basically looks like a Minecraft version of Beck.

If you want to be a bit fancier, North Americans can pre-order the limited Mighty No.9 Signature Edition. This edition features a 6.5″ numbered figurine of Beck complete with three interchangeable faceplates and 14 points of articulation all for $59.99.

Mighty No.9 is being brought to us by Deep Silver and will appear on just about every console under the sun.

The wonderful folks over at Humble Bundle have partnered up with Nintendo on the latest offering of indie games. You can pay what you want to get Guacamelee! Super Turbo Championship Edition, Mighty Switch Force, and Woah Dave! If you pay more than the average you unlock 3 more games: OlliOlli, The Fall, and Moon Chronicles. Pay more than $10 you get everything aforementioned, Stealth Inc. 2, and Steam World Dig. That’s quite a few games for $10 dollars!

The best part about Humble Bundle is you have a choice in deciding where your money goes. You can give all of the money to Humble Bundle’s featured non profit organization Code.org, give all your money to the game developers, or portion it out between developers and charity.

This deal gives hope that Humble Bundle will also work with Sony and Microsoft in the future for more awesome indie deals. If you have a Nintendo system head over to Humble Bundle to support a great cause and get some great games.