32 of the best in the world are battling it out for a $250,000 prize pool and a moment in Street Fighter IV history. This is the last big Ultra Street Fighter IV tournament so some epics matches are bound to happen. You can catch all the action right here:

All times are Pacific 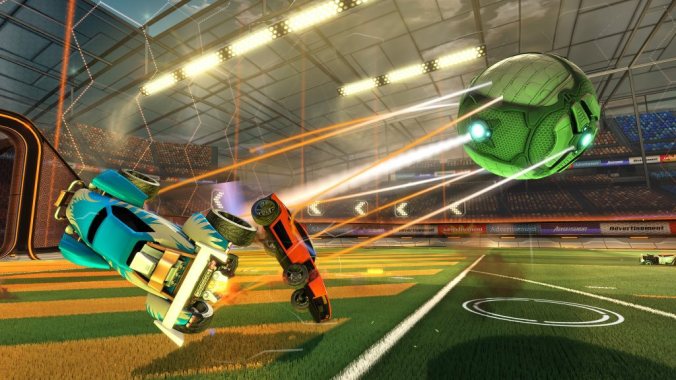 I will be playing some Rocket League. This game is ridiculously fun and can be played for hours. I actually played until 3:30 last night with some friends. I kind of regret that right now. I will also be playing Heroes of the Storm as well as some Ultra Street Fighter, and checking out some of the new Smash Bro’s 4 updates. Some streaming will also be happening to be sure to follow my Twitch Channel to know when I go live.

That’s enough about me, what about you? What are you playing this weekend?

I will be playing plenty of Heroes of the Storm, as usual. It is my addiction now if you didn’t know already. It pretty much makes the list every weekend. I will hopefully be squeezing in some Ultra Street Fighter, Destiny, and Super Smash Bros WiiU too. Unfortunately the Street Fighter V beta didn’t launch so well, otherwise I would be playing that all weekend. I will also be doing some live streaming as well so be sure to tune in and hangout with me.

So that’s enough about me, what about you? What game(s) are you playing this weekend.

It’s the weekend again gamers! Hopefully you’re able to get plenty of game time in.

I will once again be continuing my journey in The Witcher 3. I thought I was going to finish it last weekend, but the game is definitely longer than I thought it was. I’m not complaining though.

I will also be playing some more Heroes of the Storm and Ultra Street Fighter on PS4.

Thats enough about me, tell me about you. What are you playing this weekend?

Sony and Capcom said they would handle this pretty quickly and it looks to be true.

Its finally here again gamers! It’s the weekend and hopefully you can get plenty of gaming in.

I will be continuing my journey in The Witcher 3. I’ll also squeeze in some Ultra Street Figter IV on PS4 despite some of the problems.

What are you playing this weekend?

Well it’s really too common of a story these days. Almost every game that comes out has some kind of issue of some sort. Players are reporting some lag in offline game modes, net code issues online, menu lag and sound bugs.

From my initial impression, I haven’t had any problems really. I’ve definitely noticed the laggy menus. The only sound bug I’ve noticed is the announcer didn’t say the name of the winner after I defeated my friend. I’ve had a little bit of online lag mainly due to the opponents connection, but every other match I’ve played has been great.

Other that those troubles, the gameplay runs just fine. The game feels fantastic at 1080p 60fps. The color and textures look great as well with the graphical upgrade of being on PS4.

As of now, there is no update on a new patch for the game, but hopefully there is one sooner that later. Like before Evo, maybe?