Happy first weekend of Summer, and it is a hot one! I hope you are able to get plenty of gaming in this weekend.

I will be playing some competitive Overwatch. The mode recently launched in Public Test Realm. I played a few games earlier and lost all 3. Hopefully I can win the last 7. Trails of Cold Steel will also be played and Tokyo Mirage Sessions just arrived in my mailbox today. I will probably play the first hour or so just to see how it is.

If you’re into fighting game tournaments, the big CEO tournament is happening in Orlando this weekend and it should be pretty good. Games like Street Fighter V, Super Smash Bros, MKX, Guilty Gear, and many more will all be featured.

That’s enough about  me, what about you? What are you playing this weekend? 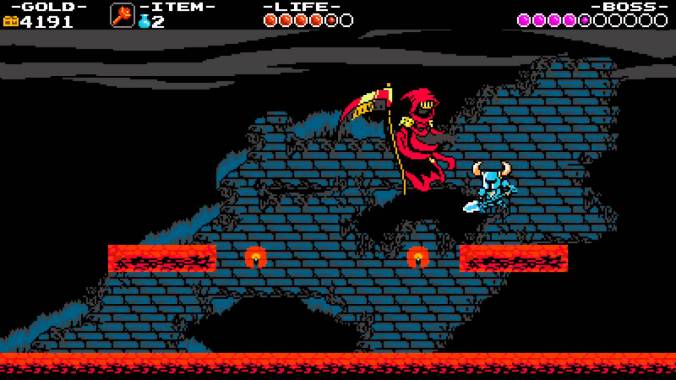 The third campaign will feature Specter Knight, a boss in the original Shovel Knight campaign. There is no word on when the DLC will be available, but Yacht Club Games says to expect it “sooner than the wait between Shovel Knight and Plague Knight.”

More DLC is in development as well. The King Knight, Body Swap, and Battle Mode will be available at some point in the future. All DLC will be 100% free.

Nintendo hit us with quite a bit of new information about Pokemon Sun and Moon today. New starters were revealed and a release date of November 18th, was given.

The water starter is Popplio, a Sea Lion Pokemon. Rowlet is the owl Pokemon. He is a grass flying type. Last, but not least, is Litten. A flaming hairball spitting fire type cat Pokemon. All 3 starter Pokemon are pictured in the image below.

The new region of Pokemon Sun and Moon is called Alola and is Hawaiian inspired.

Also, shown off today is the box art of both games featuring the Sun and Moon legendaries on the front. The Sun cover features a lion Pokemon, while the Moon box art features a bat looking Pokemon. You can get a better look at those two in the trailer at the top of the page.

Initial response from Pokemon fans seem to favor Litten the most, Rowlet second, and Popplio dead last. I personally agree with the masses. I have started every Pokemon game with a water starter and think Popplio is the worst looking one, but as the day has gone by he is starting to grow on me. I will probably still pick him to keep the water starter streak alive.

What’s you take on the new Pokemon starters? Do you love them or hate them? SOund off in the comment section.

After a numerous delays, Mighty No. 9 will be released on June 21st, 2016 in North America and Asia. Worldwide on June 24th.

Mighty No. 9 has gone gold and Keiji Inafune says the game is in its final stages of development. He is also “sincerely sorry” for the wait. The release date is “set in stone and there will be no further delays for the game.”

Portable versions for the PS Vita and 3DS will arrive at a later date so if you were waiting for those ports, this news may still be a bit disappointing.

Read the entire update article from Keiji Inafune at the Mighty No. 9 website.

The next Shantae installment, Shantae: Half-Genie Hero, will launch on PS4, Xbox One, Wii U, and PC later this year.

Known as SMT IV: Final in Japan, the game gets a name change for its North American audience. Atlus does not have a specific date other than just Summer 2016. I would bet that it will come out in July since SMT IV came out in July back in 2013.

SMT: Apocalypse takes place in the same universe as 2013’s SMT IV. Apocalypse looks to ditch the samurai setting for a more apocalyptic setting, hence the name of the game. The main character looks like an anime version of a Fallout character. Check out the announcement teaser trailer below.

Everyone’s favorite cute, pink little ball thing gets a new 3DS game this summer. This time around he can use the enemy’s mech to terrorize his enemies. He can also jump back and forth between the foreground and background. There will be over 25 copy abilities to use in the game including the mech robo. The mech can also copy up to 10 enemy abilities.

New Kirby series of amiibo will be available along with the release of Robobot as well. These amiibo will give Kirby a special in-game copy ability.

The third and final path of Fire Emblem Fates hits this month. The Revelation path features many secrets that are not featured in Birthright or Conquest. Revelation will be available at a price of $19.99. To get to the Revelation content, when you are given the choice of which family to side with, you pick “Refuse to choose a side.”

Two new DLC maps have also been released today in the Dragon’s Gate. Museum Melee and Ghostly Gold are up for purchase now. If you already purchased the Map Pack bundle in the DLC shop, you should already have them. Another map called Royal Royale will be released on March 17th and additional maps after that will be released weekly up through April 21st.

The sequel comes out this month. A demo is available now in the eShop that features content not in the final version of the game. Progress from the demo will transfer over to the full release of End Layer. Check out the story trailer above.

The next edition of Nintendo Direct will focus on upcoming games for the rest of the year. There will be no news on the NX or mobile operations, unfortunately. Hopefully we get more info on the next Zelda installment though, but it should be an entertaining show nonetheless. The show will start at 5pm est. You can tune in right here on The Geek Dojo.