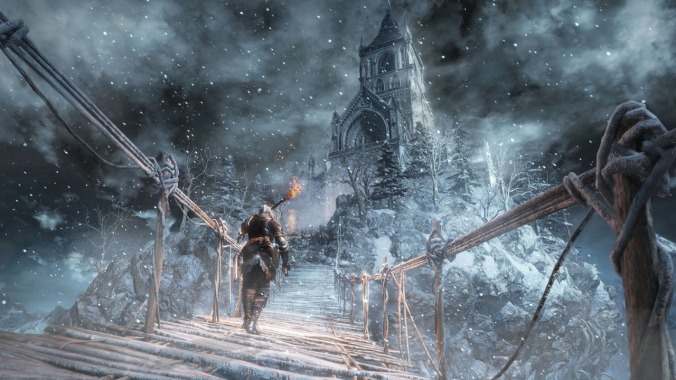 Titled Ashes of Ariandel, the DLC pack will be released on October 25th. It features a new snow covered world, new armor sets, weapons, and magic.

Judging from the trailer, the DLC will have some new story content as well. Early reports were saying the new content would only revolve around PVP. Check out the trailer below.