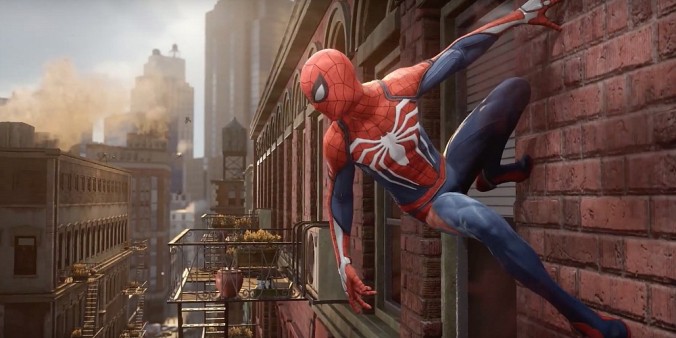 The game is being developed by Insomniac Games, whose resume includes Ratchet and Clank, and Sunset Overdrive.

In the trailer, Peter has a new suit with a white spider on his torso. Initially I did not like it, but it has grown on me rather quickly. Other than the trailer teaser, there is not much information on the game at this time. The fact that I know this exist is enough for me though. I have been dreaming of a good Spider-Man game for years now. It was definitely a surprise to see at the Sony press conference. Check out the trailer below.