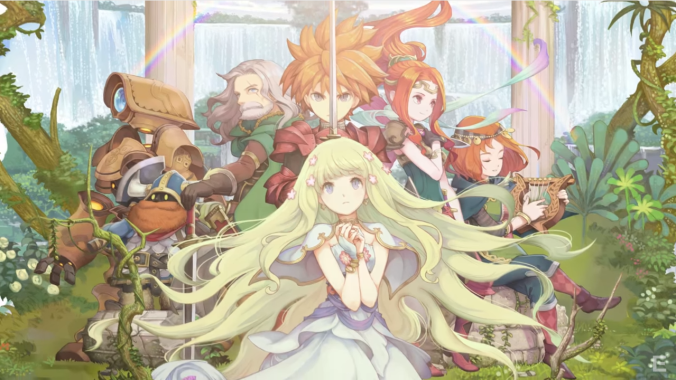 Also known as the first game in the Mana series, Final Fantasy Adventure will be localized according to the Japanese Twitter account for the game.

Final Fantasy Adventure is a spin-off of the Final Fantasy series and originally came out in the U.S. in 1991. The remake will be named Adventures of Mana and is coming to iOS, and Android in the West. The Japanese version of the website also has the PS Vita listed as a platform, but there is no word on a Vita version for the west.

There is no release date since Square Enix has not officially announced Adventures of Mana for the West just yet. Check out the trailer below.

I’m definitely looking forward to this one as I do have fond memories of enjoying this on my Gameboy, as a kid. I will also be keeping my fingers crossed for a localized Vita version.